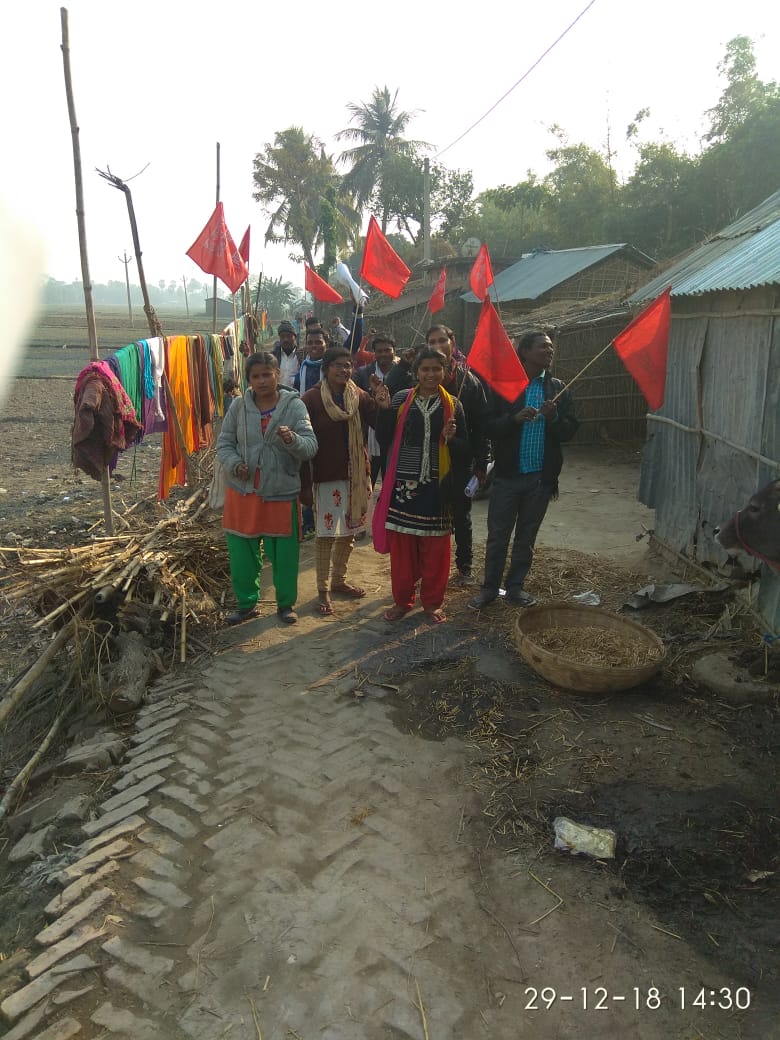 For many days now I have been thinking of putting this on paper… Despite the cold a pad yatra was organized in three new panchayats of Purnea district (28th to 30th Dec,18), in which youth team members took the lead. NREGA worksites have opened in some places in Vaishali, Saharsa and Araria where active union members have been asking for work under the NREGA. On 3rd January birth anniversary of Savitri Bai Phule JJSS members in Vaishali and neighbouring Samstipur district got together in a meeting where they took a vow to fight patriarchy and casteism.

And on a very energizing ongoing struggle in Saharsa, 29 cylinders which were ceased by the Police four months ago after local JJSS members had raised the issue of corruption in issuing of Ujjawala scheme gas cylinders, were distributed on 2nd January, after the intervention of the SDO. Things had got to a head where about 100 locals had come together in the local Police station on the evening of 29th December and deciding to sit on Satyagrah if they were not given back their cylinders at zero charge.

We salute the spirits of all members across districts working, raising and locally addressing socio-political and economic issues, in a connected manner and all of you for making this happen.