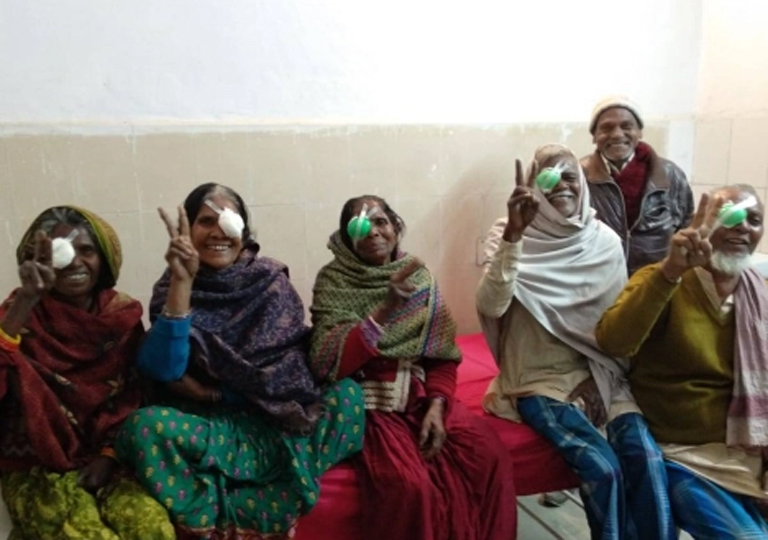 Since the last Health Workshop small things have been happening, things which have a lot of meaning and yet seem to go undocumented. Doli one yuva karyakarta, who has been part of the health trainings, along with most of us vouched that we will try to use Govt Health facilities. She made five rounds to the Dist Hospital to get a cataract operation for her nani. Finally exhausted she told Kalyani, I am going to private I tried my best and then a rigorous follow up and finally nani ma was operated about a week back. It was also good to see an active health administration.

During this rigorous follow up a case of petty corruption in the hospital was also raised and we were assured there would be zero tolerance. Yesterday, Gita Devi, Doli’s mother, a middle aged health volunteer who is usually non confrontational and has been going through the health trainings refused to pay Rs. 300 to the Nurse, saying child delivery is a free service. Finally the nurse relented and gave them the child immunisation card for free, with Kalyani, Doli and myself providing telephonic support and encouragement. The case has also been documented and an application has been given to the CS and the Hospital Superintendent, about the demand.

And finally the icing on the cake is the painstaking follow up of Belsara saathis and Kalyani on the APHC in Belsara Panchayat, Raniganj Block, Araria, Bihar. This APHC has a doctor but no nurse since June 2018. After the health initiative saathis in Belsara filed a public petition with the Raniganj MOIC, Araria Civil Surgeon and the District Magistrate, pointing out this problem. As of today we are told that a new nurse has been posted to the APHC. This APHC caters to a population of about 70,000 people in 7 panchayats.