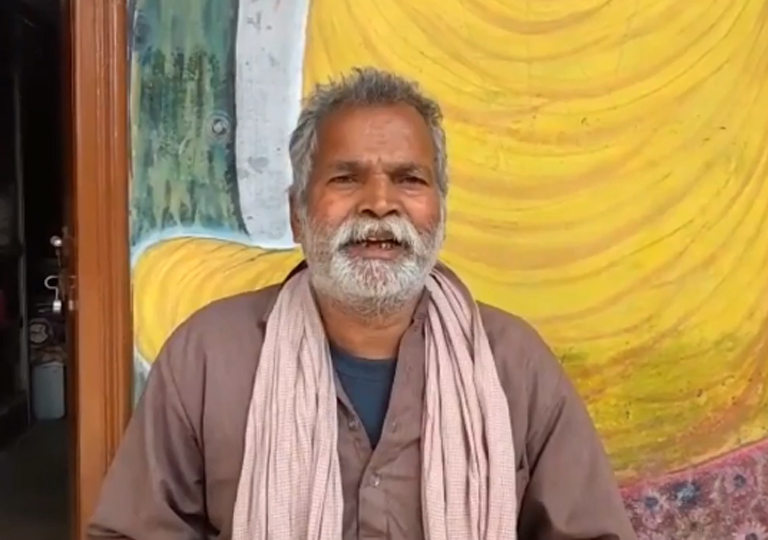 JJSS as part of larger campaign for transparency and accountability has been demanding enactment of a Grievance Redressal Law. NCPRI had come out with a draft Bill some eight years back. Hence, we welcomed Bihar Lok Shikayat Nivaran Act, 2015.  We wanted to see how the act is being implemented and also help people resolve their individual complaints. So we launched a campaign in four districts of Bihar (Araria, Katihar, Vaishali and Champaran) to see its effectiveness and limitations.

Over the past few months, we have used it to moderate success and are continuing to track the complaints that we have filed.

We started by doing a workshop with our Karyakartas on the potential benefits of the hearings and grievance redress provisions. This was followed by the karyakartas holding meetings in their areas, and identifying people with longstanding grievances to file them under this law. We then set up desks at the division offices of Katihar and Araria to help people file these complaints.

The law has put into place Information and Facilitation Centres (IFC), which are supposed to provide people information on their entitlements and assist them in filling out the complaint form. One progressive provision is that the citizen does not need to specify the department or the official they are complaining about, but simply state the issue. We faced some opposition from the officials in Katihar who had our desks forcibly shut down. This was sorted out finally by the personal intervention of the District Magistrate.

We have registered about 500 complaints of the two districts combined and most of these were related to people not receiving their pensions for over eighteen months. Once a complaint is filed, people get a tracking ID and are then called for hearings convened by the Public Grievance Redress Officer (PGRO) at the division level. It is not necessary for the complainant to be present at the hearing, and the PGROs have been instructed to take the side of the citizen while hearing the complaint.

Most people have gone for a couple of hearings, and genuine redress is still far. However, in the interim there have been a few cases of heartening successes.

Deep Narayan Paswan from Amgachi Gram Panchayat, Sitki Block filed a complaint related to the Kabir Anthushti Anudan Scheme. It provides a one time grant to Below Poverty Line (BPL) families to undertake funeral rituals in the case of a death of a family member. In this Gram Panchayat the Mukhiya and Panchayat Secretary had provided people only Rs. 1,500 although the entitlement is for Rs. 3,000. After filing the complaint under Lok Shikayat, in the first hearing nothing happened. However, before the second hearing, the Panchayat Secretary gave further cheques of Rs. 1,500 to two people and so the matter was successfully resolved.

Before MGNREGA was denotified from the purview of this law, Reena Devi of Sikkat Panchayat, Katihar filed a complaint on MGNREGA, for no work being open and for the bank official mistreating people when they come for wage payments. Again in the first hearing nothing happened. They were unable to go for the second hearing but got a call from the IFC on the orders passed by the PGRO. The PRS then opened works in the Gram Panchayat. Before the second hearing itself the bank official came to the house of the complainant and apologized for his behavior and said it would never happen again.

Usha Devi of Soriya Panchayat, Katihar facilitated the filing of a complaint for Parvati Devi who lost her son, Suraj Kumar in the floods of last year. Despite filing all the required documents with the Mukhiya they not yet received any relief. After filing a complaint under Lok Shikayat, they went for the first hearing where the Mukhiya was not present. Before the second hearing, the Mukhiya gave her the cheque with the comment “cheque lena hain ya case ladna hain”. At the next hearing the Mukhiya and Circle Officer were present as well as Parvati Devi and the matter was closed with final orders by the PGRO.

Nityanand Singh of Laxmipur panchayat of Kursakata Block filed a complaint as he was not receiving old age pension for last one and half years. Nityanand ji is one amongst lakhs of others who have not received social security pension for last one and half years. The grievance redressal campaign was able to highlight the issue the state level. Nityanand ji is started getting his pension (though partially) after he filed a complaint during the campaign.

We are continuing to track the rest of the complaints and will do so till their redressal, and go to appeal if necessary. We are also sharing our experiences with the State Government on policy related matters, such as brining MGNREGA back into this law. Further, we are repeated the same process in Vaishali district in March 2018.